Click here to find a copy of our latest Ofsted Report.

Take a look at our latest Performance Tables.

Our school is a welcoming, happy and positive learning place in which everyone is encouraged and enabled to reach their full potential.

The Governors at Robert Le Kyng, together with the staff, are responsible for ensuring that the school delivers the best educational and learning environment possible. We bring a variety of experience to the school from a wide range of backgrounds in our working lives from business, local authorities and, maybe most importantly, because many of us have children at the school. We feel this is a real strength for a Governing body by having such an immediate link to the life and performance of the school. Every one of us wants to see the best for the school and for all the children here.

Performance of the school

As Governors, we hold meetings 6 times per year where we monitor the performance of the school, the school’s finances and check to make sure it is running smoothly. Every Governor is also a member of other committees that meet throughout the year, such as Resources or Staffing, which allow us to look in greater detail at those areas of how the school is run.

Working closely with staff and the Headteacher

Whilst Governors are not involved in the day-to-day running of the school, that is the staff’s job after all, we work closely with staff and the Headteacher in particular to help make the decisions on how the school is run and ultimately to give the best start in life for all children.
Governors work closely with the school to promote high standards of educational achievement for all the children and have a wide range of legal responsibilities to fulfil.

We set the overall vision, practices and ethos by which the school operates, and hold the school to account for its actions – what is known as a “critical friend”.

If you are interested in becoming a Governor or would like to speak to a member of the Governing Body, you can do so via the school office or directly by email to Tanya Stoneham at clerktogovs@robertlekyng.swindon.sch.uk

Minutes of Governing body meetings are available on request from Tanya Stoneham at clerktogovs@robertlekyng.swindon.sch.uk

We hope all children have an enjoyable, successful and memorable time at Robert Le Kyng.

I have been on the Governing body for a number of years taking on a number of responsibilities over this time. I am a member of the Resources Committee and am Link Governor for Leadership and Management. My two children have been at the school from Reception and have enjoyed their time and done well.  My experience as an Architect has given me the insight to support the school with its buildings and premises issues.

I started as a Governor shortly after being appointed as a Teacher at Robert le Kyng.  I had previously been a Governor at another Swindon school and served 20 years.  For the last 4 years I have managed the SNUG (Special Needs provision for children with physical impairment) and this gives me insight into the issues around children with Special Needs.

I have been a Parent Governor here at RLK since 2012. I am also an RLK Supporter so you have probably seen me helping out at one of the school fairs. I am on the Resources Committee and Link Governor for Literacy. I believe strongly in making this school as good as it can be for our children and hope that everyone is as proud to be part of this community as I am. I have learnt so much since volunteering here and hope to be constantly improving, just like our wonderful school. My background is as an administrator and I am now working as a Teaching Assistant in the school.

As a Governor, I am Chair of the Resources Committee and am one of the Link Governors for the Maths part of the School Improvement Plan; as well as being one of the Governors responsible for Child Protection and Looked After Children.

I became a Co-opted Governor in July 2016.  I live in Swindon and have a grandson at Robert Le Kyng.  I am currently a member of the Staffing Committee and am one of the Link Governors for the Maths part of the School Improvement Plan. 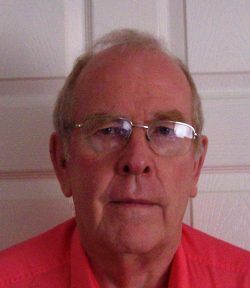 I have recently returned to Governance at Robert le Kyng after a three year absence, prior to which I had served the school for some sixteen years, initially on the ‘parents association’ then for about thirteen years as every type of Governor. Two of my children attended Robert le Kyng and have aspired to great heights, the eldest recently qualifying as a Doctor. I am passionate about learning especially for those from disadvantaged backgrounds, believing that with the right help, guidance and encouragement ‘the world can be their oyster’. My better half (wife) is currently a teaching assistant in the ‘SNUG’. Career wise I am semi retired having worked in sales/marketing prior to spending the final fourteen years successfully developing an alternative method of learning for 12 to 25 years olds unable to attend their classrooms for every conceivable reason. I hope to serve the school, you the parent/guardian and pupils for years to come.

I became a Parent Governor in September 2013. I live in Swindon and have two children at Robert Le Kyng. As a Governor, I am a member of the Staffing Committee and look after the Special Resource Provision and Special Educational Needs part of the School Improvement Plan; as well as being one of the Governors responsible for Child Protection. I am a biologist by training and now work for UK Research and Innovation, leading on skills and training investments.

My name is Mariana Araujo. I decided to get into  the governor’s Team at RLK because I believe strongly in their values and commitments with the kids. I have a child in year 5 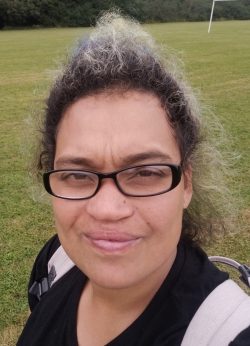 that loves it there and every day comes home buzzing. And I think as a parent at the Governor’s I can help and make the school thrive and learn from it too. My current work is a community carer ( for the last 5 years ) and I love giving back to the community. I have 2 more sons that further down the line will go to RLK too so for that reason to be involved with the school it’s amazing.

e governors in September 2021. I have two children currently at RLK and one who has just left for secondary school so I have been involved with the school for some time. I am on the staffing committee and have an interest in SEND, as two of my children have SEN. I currently work in a local preschool as a 1:1 support, which has given me deeper understanding of the needs of children with SEN.