The Brunel Centre help educate youngsters about the importance of recycling

Children from Robert Le Kyng Primary School have been learning about the world of rubbish, recycling and reuse and putting their creative skills to the test, thanks to a project initiated by The Brunel Shopping Centre.

Last month 30 children from year 2 classes visited the shopping centre for a behind the scenes tour to see what happens to rubbish that’s generated by the scores of shops in the centre.  They visited the recycling facilities on the normally out of bounds trucking deck, and learnt about the facts and figures of rubbish.  After fruit and juice, courtesy of McDonald’s, the youngsters set to work litter picking around the town centre and on the canal path back to school.

Once back in school the children were challenged with creating new items from the rubbish they had collected, with the best three winning a prize. Items created have included glass jar candleholders, tree decorations, Tudor houses from boxes and even a Christmas wreath, made from an old school uniform.

Karen Barnard is a Year 2 teacher at Robert Le Kyng Primary School and has worked on the project with The Brunel Centre.  Karen said: “The children were absolutely fascinated by what they saw happening behind the scenes at the recycling site on the roof of the Brunel Centre.

The children were shocked at the amount of rubbish and litter collected on our short walk back to school and really enjoyed seeing that they have made a huge difference to our local area in such a short space of time.

They are keen to continue with this and have chosen to litter pick along the school perimeter during playtimes and now know how to sort rubbish and encourage their parents to recycle more at home.

After Jane and her staff explained the three R’s to them – Reduce, Reuse, Recycle. The children have embraced the challenge and decided to make Christmas decorations and gifts from various items that would normally be thrown away.”

Today, during afternoon assembly, the winning children were presented with their prizes for their creations by Mayor of Swindon, Councillor Shaw.  The children won prizes of book tokens, donated by Waterstone’s in Swindon Town Centre.

Jane Stewart, Deputy Centre Manager, said: “This has been a great project, I’m really impressed with the creativity the children have shown, it’s clearly sparked their imagination.  At The Brunel we believe that it is important to support our local schools and we know that project such as this really do help to enrich learning for the students.  We’re delighted with how the project has turned out and are looking forward to working with Robert Le Kyng school again on future projects.” 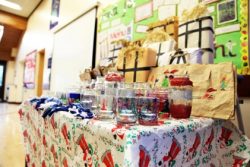 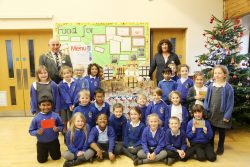 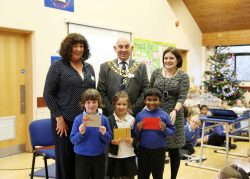 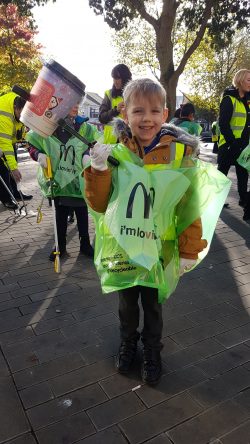